Two positive publicity television broadcasts hailed Shaw’s new stadium on
the occasion of its dedication and naming in honor of Coach Joe Zimmerman, the
Founding Father of Eagle football. Joe Zimmerman Stadium on the Shaw campus
was formally christened at halftime of the Shaw vs. Belle Chasse game on September
13, 2019.

The television cameras of WGNO ABC Sports, Channel 26 New Orleans,
recorded the event. A feature on the dedication, including an interview with Coach
Z on the Channel 26 Friday Night Football program, can be viewed at WGNO.com
if you Google Soaring Eagle: Archbishop Shaw names stadium in honor of Joe
Zimmerman. Channel 26 sports director Ed Daniels called Coach Z “one of the best
coaches in the history of the New Orleans Catholic League” whose “glowing resume”
includes his 1969-82 tenure at Shaw.

Meanwhile, New Orleans television Channel Fox 8 aired a glowing feature
about our stadium on October 3, 2019. News anchor Lee Zurick favorably compared
the Shaw stadium project to an as-yet unsuccessful similar concept in another part of
the New Orleans area as part of a series of reports. The Channel 8 report attributes
“what Shaw accomplished” to “the alumni group” that sponsored what Zurick said
“for Shaw alumni is their own field of dreams.” The report included an interview
with Shaw alumnus stadium activist Ray Davis ‘82, who said, “The community
loves it. . . . I’ve heard from parents who’ve said, ‘we finally have a place for our
young people to go on a Friday night that is safe’ . . . This area on a Friday night is
full of kids, throwing footballs, hanging out . . . . you see kids everywhere.” View the
feature if you Google Empty field of Dreams: How a Westbank group’s dream field
became a reality at fox8live.com. 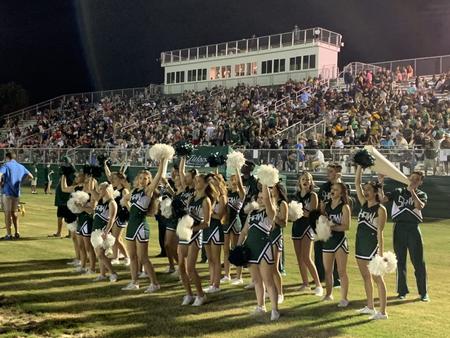