Donate to the
Stadium Fund 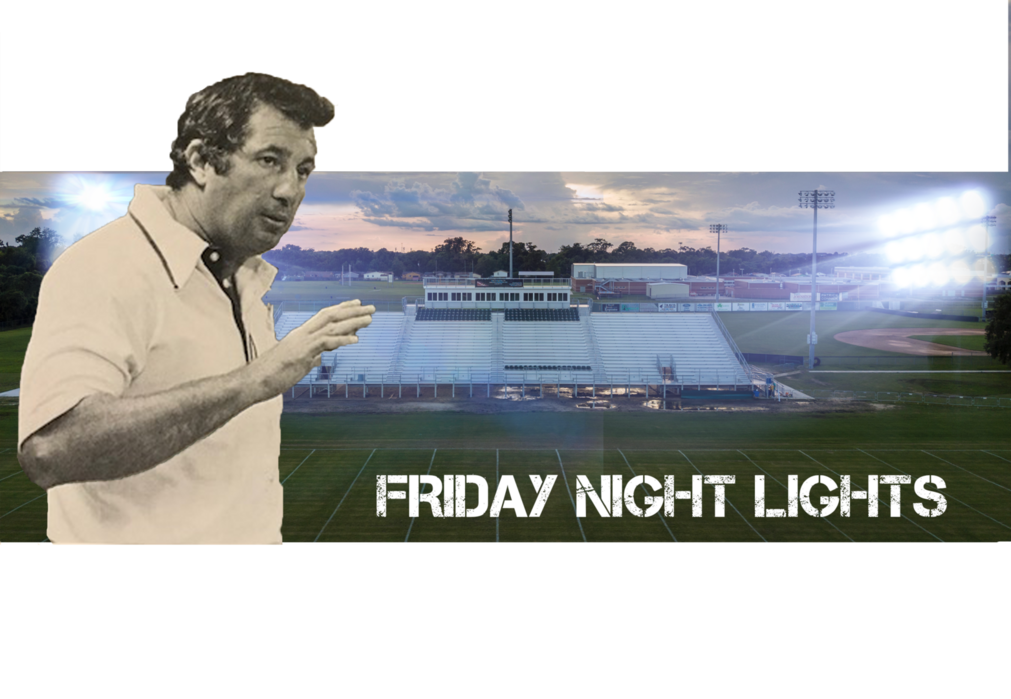 Two positive publicity television broadcasts hailed Shaw’s new stadium on
the occasion of its dedication and naming in honor of Coach Joe Zimmerman, the
Founding Father of Eagle football. Joe Zimmerman Stadium on the Shaw campus
was formally christened at halftime of the Shaw vs. Belle Chasse game on September
13, 2019.

The television cameras of WGNO ABC Sports, Channel 26 New Orleans,
recorded the event. A feature on the dedication, including an interview with Coach
Z on the Channel 26 Friday Night Football program, can be viewed at WGNO.com
if you Google Soaring Eagle: Archbishop Shaw names stadium in honor of Joe
Zimmerman. Channel 26 sports director Ed Daniels called Coach Z “one of the best
coaches in the history of the New Orleans Catholic League” whose “glowing resume”
includes his 1969-82 tenure at Shaw.

Meanwhile, New Orleans television Channel Fox 8 aired a glowing feature
about our stadium on October 3, 2019. News anchor Lee Zurick favorably compared
the Shaw stadium project to an as-yet unsuccessful similar concept in another part of
the New Orleans area as part of a series of reports. The Channel 8 report attributes
“what Shaw accomplished” to “the alumni group” that sponsored what Zurick said
“for Shaw alumni is their own field of dreams.” The report included an interview
with Shaw alumnus stadium activist Ray Davis ‘82, who said, “The community
loves it. . . . I’ve heard from parents who’ve said, ‘we finally have a place for our
young people to go on a Friday night that is safe’ . . . This area on a Friday night is
full of kids, throwing footballs, hanging out . . . . you see kids everywhere.” 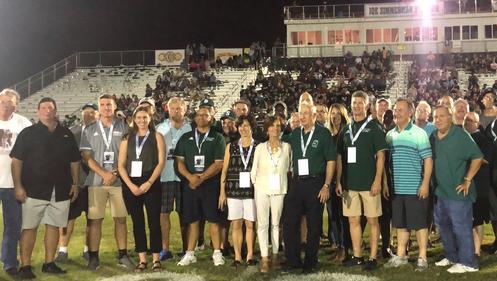 The Coach Z Club, a group of alumni, friends and supporters of the longterm
stadium development project at Shaw, has launched an ambitious initiative to
make the stadium shine with permanent lighting. Last season, night games were
played at the stadium using bright, but temporary lighting rented at considerable cost.
The project seeks to raise $300,000 over a three-year period to invest in the stadium
and illuminate the field with state-of-the art permanent lighting that will eliminate
the recurring cost of temporary lights. The Coach Z Club supports not only Shaw
events and extra-curricular activities, including football, soccer, lacrosse and the
band, but also aims at long-term infrastructure investment to generate revenue for the
school through concession sales, parking income and stadium rental for concerts and
other community events.

Rene Faucheux ‘73, a committed member of the Coach Z Club, said, “The
goal ultimately is to have the stadium generate enough funds to supplement the cost
of a Shaw education and make that education more affordable for all incoming
students. We want to make Shaw more viable and sustainable to provide high quality
educational, spiritual and extra-curricular activities, making the Westbank a better
place.”

Donation commitments have already been made, ranging as high as $1,000
per year over the next three years, but donations in any amount are welcome and can
be made through the Alumni Association’s separate Eagle Athletics Facilities L3C.
Click here to make a donation or buy a brick with your inscribed name and class year
and support this worthy investment and charitable effort.